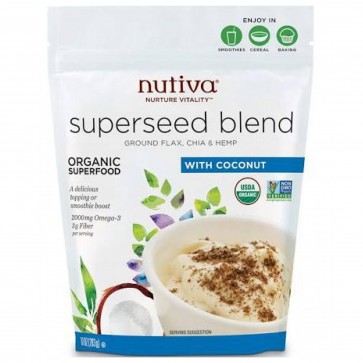 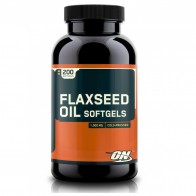 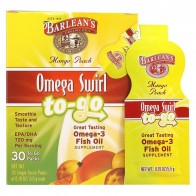 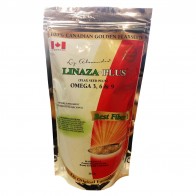 Premium Ground Flaxseed:
A natural source of fiber and Omega-3 (ALA) essential fatty acids, the fresh, cold-milled flaxseed is also a concentrated source of lignans and all 10 essential amino acids (a complete vegetable protein).

Chia Seed:
A diet staple of the ancient Aztecs, Chia has been reved as a natural appetite suppressant and offers a comprehensive range of nutrients, vitamins and minerals. In addition to fiber and Omega-3, Chia also has more antioxidant power than blueberries. 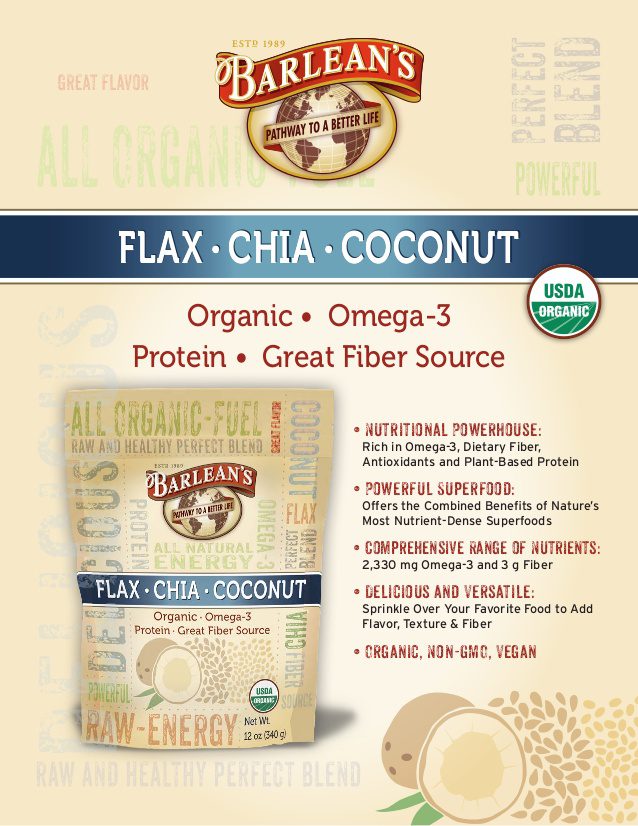 Ferndale, WA
The 42-acre Barlean's farm in Ferndale bustles with activity. Trucks from as far away as Canada and the Dakotas pull up to deliver flax seed, forklift drivers haul pressed flax meal into storage containers for recycling as cattle feed, while inside fresh pressed flax seed oil is bottled, labeled and rush shipped to health stores around the country. The phones ring endlessly at the Barlean's farm, as hundreds of orders for Barlean's organic oils pour in from health store retailers daily, retailers who insist upon fresh-pressed-on-demand organic oils for their customers.

What's driving all this activity on the Barlean's family farm in Ferndale? The realization that 8 out of 10 Americans are deficient in essential fats, called Omega-3 fatty acids. The health consequences of this nutritional deficiency are extensive. Health authorities, such as Artemis Simopoulos M.D., author of The Omega Plan, indicates disorders such as heart and blood vessel disease, eye problems such as dry eyes and macular degeneration, mood and behavior problems such as attention deficit disorder and hyperactivity, autoimmune disorders such as arthritis, diabetes and lupus, skin problems such as psoriasis, and even cancer, may materialize from this common nutritional deficiency.

Dr. Simopoulos indicates as many as 22 percent of Americans show no detectable amounts of essential Omega-3 fatty acids in their tissues. It's a staggering problem exacerbated by the current trend toward non-fat or low-fat foods. Some fats, such as from flax and fish, are required for good health, for the production of hormones, for communication between cells, to maintain memory and control body fluids.

Barlean's: Fish before flax
While many dairy and agriculture farms abound in Ferndale, the Barlean's farm was always a base station for Dave and Barbara Barlean's fishing enterprise. Since 1972 the Barlean's fishery has offered fresh fish to community residents. Dave Barlean found ways to get fish to consumers within hours after off-loading his fishing boat. Fish labeled "fresh" in food stores were already four or five days old. Consumers knew the difference and were willing to pay for Barlean's freshness. Using what would be considered advanced telemarketing techniques for their time, Dave and Barbara Barlean set up a direct order concept. Consumers committed to purchasing fish before they were caught. A network of telephone clerks would alert consumers as to when the catch was being brought in and the location where they could pick up their orders. Temporary traffic jams were created every time Dave Barlean announced his boat was bringing a big catch ashore.

Fishing trade declines
Today fishermen in Washington can no longer think of solely supporting their families by fishing. Fish stocks dwindled and stiff competition drove prices down. Environmental and political factors now severely restrict the amount of time fishermen are allowed to ply their trade. So Dave Barlean completely changed how reef net fishing was done. More fish were caught by a crew of just two men rather than the typical crew of four or five. The improved efficiency reduced costs and helped fishermen remain competitive.

Dave Barlean recognized fish were a renewable resource that had to be preserved, particularly endangered species of fish and sea mammals. Then Dave Barlean introduced live tanks on the fishing boats which made it possible to separate endangered species from the commercial catch. With this innovation fishermen in the Northwest were able to foster preservation of this natural resource rather than work against it. But even with all these innovations developed by Dave Barlean, the ability to make a living in the fishing trade was severely hampered.

Flax over fish
Long about 1989 another member of the Barlean's family, son Bruce, had just finished a stint as a press operator for another producer of organic oils. Bruce would toil for hours pressing flax seed, even spending nights on a cot by the presses, just to keep up with production. He read up on the health benefits of Omega-3 fatty acids and would come home to tell his parents all about Omega-3 oils. Bruce was saddened by the fact he wouldn't be pressing flax seed any longer. Dave could tell how much his son loved his work. He then asked, "Do you think you could sell a barrel a week?" Bruce hesitantly nodded yes. That was enough for the resourceful Dave Barlean. "If people really need this stuff, we should provide it to them," said Dave. Dave and Barbara Barlean put their life savings into the project. It was a risk worth taking.

Barlean's freshness: built in from the beginning
Bruce began telling his dad of the problems involved in pressing flax seed and Dave made mental notes of it all. As an accomplished metal worker and inventor, Dave put his mind to making flax seed oil instead of hauling in nets of fish.

Bruce explained the way flax was being pressed was crude and certainly not ideal. Overpressing was a problem. It produced a higher yield but it damaged the seed oil, increased the temperature, induced deterioration and resulted in a sometimes rancid taste. A gentler and kinder process was developed that yielded natural fresh taste. Other producers could only generate the same taste by filtering their oils. The nutritional value of organic oils is diminished by spoilage, so the quality and freshness of the oil is of major importance. "If the oil isn't gently pressed from the seeds the product starts out with some spoilage," says Bruce Barlean.

Off to Germany
While Dave was working on developing the new flax oil processing technology, Bruce decided he wanted first-hand knowledge about the health benefits of flax seed oil. He flew to Germany to meet Dr. Johanna Budwig, world authority on the health benefits of Omega-3 oils, particularly as a treatment for cancer. "I brought some of our flax seed oil to Germany for Dr. Budwig to taste. At first Dr. Budwig seemed a bit suspicious of the fresh taste she experienced with the Barlean's product," says Bruce.

Despite a well nourished population, Americans are deficient in essential fats, particularly Omega-3 fats from flax and fish. Dr. Budwig soon endorsed the product and gave Barlean's the rights to reprint all of her books in the USA. Bruce knew that flax seed oil alone wasn't enough, he had to educate consumers about its benefits. Dr. Budwig made that possible.

Every good idea needs a sales force
For the first couple of years Barlean's solely produced flax seed oil by the barrel for other suppliers. The Barlean's name didn't begin to appear as a consumer brand till 1992. Every good idea needs an army to spread the word, and Bruce found his army captain in Don Bodenbach of Progressive Health in San Diego, California. Bodenbach brought modern methods of marketing and merchandising to Barlean's. Progress was slow at first and the Barlean's family had to forgo taking profits out of the company. This gave the company the capital it needed to grow. Bodenbach recruited and trained a sales force and instinctively knew he had to educate consumers. Newsletters, books, tapes and other materials were massively produced to educate both health store owners and clerks as well as consumers. As the leading supplier of flax seed oil in the world, last year Barlean's sent out over 3 million copies of educational information. Growth in sales has been phenomenal says Bodenbach, who says Barlean's has lived up to its reputation as the "supplier of choice" for flaxseed oil.

Many competitors ship their products to distributors and then on to store shelves, so their flax oil may be weeks old by the time it gets to the consumer. Barlean's even insists its bottles of organic oils be replaced with fresh product after six months on the store shelf, while competitors typically have one-year dating. "Most of our stores order product twice a month which means consumers are getting product that is only days out of our presses," says Bruce Barlean. "Flax seed and other organic oils are considered semi-perishable food products and their nutritional value is preserved in their freshness," says Bodenbach.

Flax is back
The current interest in flax seed oil for health isn't new. The medicinal properties of flax seed oil were recognized by Hippocrates in ancient Greece.

What was recognized thousands of years ago was forgotten till 1929 when researchers at the University of Minnesota discovered fats are required to sustain life. But it has taken another six decades before health authorities have begun to recognize the consequences of essential fatty acid deficiencies in the population at large.

By the 8th century Charlemagne, the Roman emperor, ruled that every citizen of the Roman empire had to consume flax seed every day to maintain health.

Over a hundred and fifty years ago wild game, fish, eggs and whole grains were sources of Omega-3 fatty acids. Today the milling of grain removes the fatty acids. Other essential nutrients are added back into flour except the fatty acids because they reduce the shelf life of the flour. Laying hens, even the ones advertised as "free range," have no access to Omega-3 fatty acids in their diet. Eggs now provide little Omega-3. Essential Omega-3 fats are missing from the food chain and Americans are paying a steep price for this in poor health.

Barlean's: It's a family affair
Back on the Barlean's farm, Bruce, known as the Tom Sawyer of his family, has recruited his sisters to join his cause. Jo Ann works in flax production and Karen is the bookkeeper and controller. Cindy has taken over the Barlean's fishery, which still offers fresh fish. They even offer canned pink salmon under the Nature's Bounty label. It's a real family affair. Dave maintains a complete machine and metal working shop on the farm. His latest project is to build silos to house the truck loads of flax seed that arrive weekly. Dave also has a tanker truck that sprays sludge, a by-product of seed pressing, onto the family farm land. The grass on the Barlean's farm is noticeably greener than their neighbors. Preserving and profiting from nature has become a trademark of Barlean's.

Typically the Barlean's product moves off store shelves faster than their competitors and savvy consumers are willing to pay a bit more for the pressed-on-demand freshness.

Even with supplementation it takes months to replenish the body with Omega-3 fatty acids. Both fish and flax provide the essential Omega-3 fatty acids. But only flax, with a 4-to-1 ratio of Omega-3 over Omega-6 fatty acids, can quickly rebalance the body with essential Omega-3s. One tablespoon of flax seed oil provides 7700 mg. of Omega-3 oil, which is equal to 5 to 10 fish oil capsules. No wonder Dave Barlean gave up his fishing boat to press flax seed. Until Omega-3 oils are replaced in the food chain, Barlean's has some tall orders to fill.

Sprinkle over your favorite food (oatmeal, smoothies, juices, salads, yogurt) to add flavor, texture and fiber - or enjoy straight from the bag.