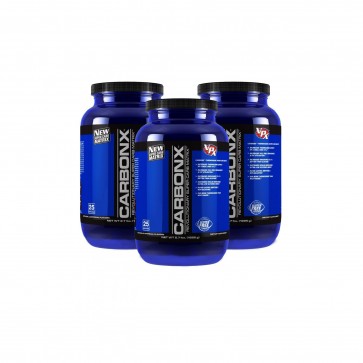 About this item
The New VPX CarbonX Strawberry 16 oz 4 Pack is a true metabolic miracle that represents the future of carbohydrate supplementation.
Related Products 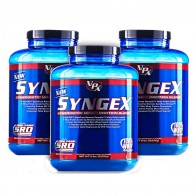 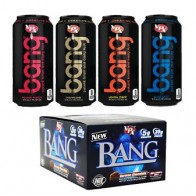 Discount: 25% OFF
Wishlist
You may also be interested in the following product(s) 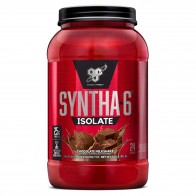 The NEW VPX CARBONX is a true metabolic miracle that represents the future of carbohydrate supplementation. Carbonx is a combination of two potent scientific carbohydrate inventions: The Carbonx Highly Branched Cyclic Dextrin (CHBCD) & Carbonx Hydroxypropyl Distarch Phosphate (CHDP) is the latest chemically altered carb combo in macro-nutrient science. Why? In part because of its mind-blowing low DE (dextrose equivalent) of ‘3’ along with an ultra high molecular weight / narrow distribution carbohydrate profile. Lower molecular weight starches and sugars remain in the stomach for long periods and draw water and blood away from the muscle and, therefore, decrease performance and cause bloating. Gastric Ultrasonic imaging clearly shows Carbonx’s superiority with its super rapid exit from the gut.

With Carbonx, you avoid the gastrointestinal (GI) issues characteristic of so many of the other sports drinks and old school waizy maizes. Further, with more carbohydrate exiting your stomach and going to your muscles carrying three grams of water per gram of carbohydrate, the skin stretching pump and hydration is nothing short of astonishing! Using creative scientific engineering, a cyclization reaction utilizing a branching enzyme was used to produce the novel Carbonx invention (CHBCD). The other novel carb contained in Carbonx is Hydroxypropyl Distarch Phosphate (CHDP) and is also a highly branched starch with an almost 50% greater molecular weight than standard waizy maize, but with a 33% lower glycemic index. The amazing novel Carbonx matrix makes all other insulin-jacking, hypoglycemic, fat-promoting current carb products obsolete. That’s right! Remember that carbohydrate is the premier fuel source for your brain and muscles in the gym, on the court or out in the field. Carbohydrate is also the primary source of fuel for moderate to high intensity exercise. Unlike other carbs that make you fat, studies show that the greater the dose of CHDP consumed, the more it lowered bodyfat! The research on this super carb matrix is nothing less than mind-blowing. Carbonx can be mixed directly into water or combined with your favorite protein shake, preworkout formula, or meal replacement. Imagine the possibility that the more Carbonx you consume, the leaner you become? Vpx is conducting more studies on Carbonx and will keep you posted on their latest scientific advancements.

About VPX Sports:
VPX/Redline Sports Nutrition and Performance Beverages was founded in 1993 with one goal in mind: To produce the highest-grade, university proven sports nutrition supplements and performance beverages in the world. VPX delivered on its promise by funding over 15 landmark studies at the top universities in the country including, UCLA. Florida State, Baylor, University of Southern Maine and Memphis Universities et al. VPX continues to update and release new nutrition products, proudly maintaining its distinction as the "Frontrunner in Sports Nutrition." VPX is orchestrated by the world's leading authority, author and developer of performance enhancing supplementation and physique-altering nutrition, Founder and CEO, Jack Owoc.

CARBONX can be mixed directly into water or combined with your favorite protein shake, preworkout formula, or meal replacement. For a great tasting, delicious shake combine one scoop of CARBONX in 10 oz of water or your favorite beverage. For added body blend two or three ice cubes with CARBONX. Always drink 12 to 16 ounces of additional water for each CARBONX shake consumed.

Warnings When combined with resistance exercise and a sensible diet. Use only as a dietary supplement. Do not use for weight reduction. Allergen Warning: Manufactured in a facility that processes milk, egg, soy, wheat, and shellfish.