Remedy and the system of 38 Bach® Original Flower Remedies were developed by Dr Edward Bach, a Harley Street doctor in the 1920s and 30s. Dr Bach was a well known Physician, Bacteriologist,… Read more

Remedy and the system of 38 Bach® Original Flower Remedies were developed by Dr Edward Bach, a Harley Street doctor in the 1920s and 30s.

Dr Bach was a well known Physician, Bacteriologist, Homeopath and Researcher and operated a successful practice in Harley St, London. Despite the success of his work in conventional medicine he felt dissatisfied with the way doctors focused on the disease while ignoring the person who was suffering.

He was inspired by his work with homeopathy but wanted to find remedies that would be purer and less reliant on the symptoms of a disease. So in 1930 he gave up his lucrative Harley St practice and left London dedicating the rest of his life to researching nature to develop a new system of medicine.

Dr Bach believed that attitude and mental state play a vital role in maintaining health and recovering from illnesses. Over the following years he researched and identified 38 negative states of mind and a corresponding flower or plant remedy for each one.

Wanting to make his remedies more available to the general public in the 1930s Dr Bach enlisted the help of the Nelsons Homeopathic Pharmacy in Duke St, London. Under his guidance they began to make and sell the remedies from the Mother Tinctures he supplied them. In 1990 this relationship was formalised and since thenNelsons (the Nelsons Homeopathic Pharmacy’s parent company) has been responsible for bottling and distributing RESCUE® Remedy.

Today Nelsons produce millions of bottles of RESCUE® Remedy each year in Wimbledon, London and they are sold in over 70 countries around the world. 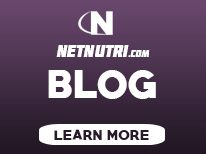