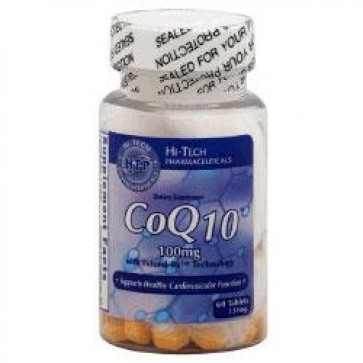 As a genuine dietary supplement, Coenzyme Q-10 (CoQ10) has been actually shown to support heart health. It is a naturally occurring, fat-soluble antioxidant that actually exists in just about every cell in the body. Antioxidants play a incredible role in fighting the cell-damaging effects of free radicals. Free radicals can contribute to oxidative stress, which in turn may directly contribute to the premature aging of cells.

The heart muscle (myocardium) consumes a tremendous amount of energy. Your heart beats over 100,000 times and pumps 1,000 gallons of blood each day! CoQ10 is necessary for the generation of the energy required by the heart. Numerous scientific studies have demonstrated that supplementation with this nutrient may support normal heart function. Its presence is necessary for cardiac performance during exercise as exemplified by criteria including: blood flow, oxygen utilization, contractility and exercise tolerance. In addition, CoQ10 may play a role in the regulation of blood pressure. The Gums: Since the 1970's scientists have been researching the effects of CoQ10 on the health of the oral tissues. Although the mechanism of action is not known, research has established that CoQ10 has a profound ability to preserve and maintain the health of the gums. Antioxidant Properties: CoQ10 plays an additional vital role in our metabolism as a protector of lipids in cell membranes. Laboratory studies have also shown that CoQ10 is more efficient than vitamin E, beta carotene or lycopene in safeguarding LDL cholesterol from oxidation by peroxides. This process is important for maintaining the health of our blood vessels.

Pharmatech, Ltd., a product development and research company in Belize, undertook a study to compare the bioavailability of various delivery forms of CoQ10 that are presently being sold. Included in this study was a proprietary CoQ10 product from Hi-Tech Pharmaceuticals that incorporates Extend-Rx technology. This was compared to CoQ10 products in softgel capsules (in an oil base), powder-filled hardshell capsules and powder-based tablets. Test subjects were given a daily dose of 100mg for four weeks. The baseline plasma CoQ10 values for all subjects in all four groups were statistically similar (0.52 - 0.55 mcg/ml). After four weeks, the avarage values wer 1.4mcg/ml for the subjects who ingested the softgel capsules, 1.65mcg/ml for the powder-filled hardshell capsule group, and 1.62mcg/ml for the powder-based tablets group. The group that ingested the Hi-Tech CoQ10 product with Extend-Rx technology demonstrated an average value of 4.15mcg/ml. This data supports that Extend-Rx technology increases the bioavailability of CoQ10, and that the Hi-Tech product is vastly superior to other forms of CoQ10 products available.

Recommended Use:
As a dietary supplement, adults take 1 tablet twice daily with meals, or as directed by a health care professional. Store in a cool dry place and away from direct light.

Write Your Own Review