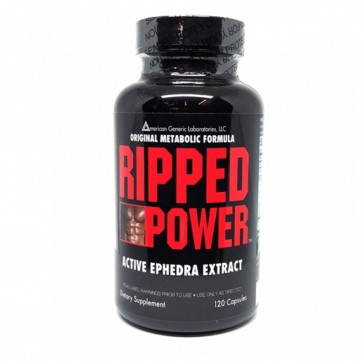 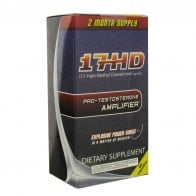 Discount: 29% OFF
Add to Wishlist 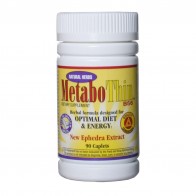 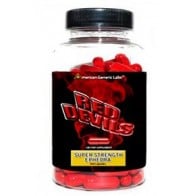 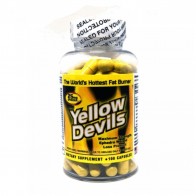 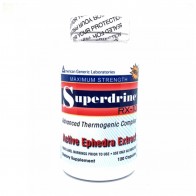 Discount: 25% OFF As low as: $44.99
Add to Wishlist
You may also be interested in the following product(s) 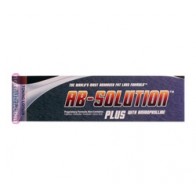 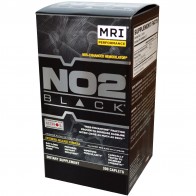 It also contains Chromium Picolinate which enables insulin to function normally and helps the body process (metabolize) carbohydrates and fats.

Only Ripped Power's proven formula has been used by millions to help achieve that chiseled ripped look.

You've been looking for this formula, you thought it was gone forever and it's back!
Ripped Power contains ingredients to help you burn the fat and keep it off, and is 100% Guaranteed.

Say goodbye to broken promises and failed attempts with inferior Ephedra replacements and say hello to The Power.

Directions: As a dietary supplement, take 1-2 capsules 2-3 times per day, preferably with food and water.

It’s ok
It’s ok, product however no comparison to original ripped power. Review by AOWT (Posted on 3/16/2018)
Good product
This product is a good product. However, there is no comparison to the original formula which was taken off of the market years ago. Review by Ripped (Posted on 12/18/2017)
Works well
“I wasn't sure about this product at first, but I'm glad I purchase it! Works well and I'd definitely recommend it to a friend.” Review by Joe (Posted on 3/10/2016)
i got completly ripped
my body looked insane after using this i completely recommend people to use this product Review by jonah (Posted on 8/28/2015)
strong
This product is the closest product that you can purchase to Ripped Fuel, which was removed from the market years ago. This product will increase you energy and reduce your hunger for hours. It is best to take at least 6 hrs before bedtime because it will keep you energized. Of all the product on the market at this time, there is nothing better than Ripped Power and I have wasted my money on many of the others. Review by aptbone (Posted on 9/14/2014)
Ripped Power
I started using ripped power a few months ago to lose weight. I have been training at the gym 4x a week and taking ripped power daily. i have lost 15 lbs in 8 weeks and will continue using this product!! Review by Jay (Posted on 8/30/2014)
Get the best results
Ive been taking this for years. I used to take the ripped fuel back in the day in my opinion this product is best in the market. Review by Peter (Posted on 8/22/2014)
Ripped power works
Awesome product to lose the weight . No side effects and it is cheap too. I got the great result using this product and will surely recommend this to others. Review by Monica (Posted on 8/21/2014)

Write Your Own Review